Last year, in March, we organized BackdoorCTF’ 14. BackdoorCTF is a jeopardy style capture the flag competition. It reflects our aim to foster participation in the field of competitive Computer Security.

Last summer, we discussed the idea of converting Backdoor into a year round platform for computer security hackers. Things started to get interesting. We were excited to kickstart the project development. Before anything else, we knew that designing challenges around real world scenarios was critical for platform’s success.

Slack played a major role for discussing both design and structure of the code. An overview of the application’s user experience design and interaction can be seen here. By the end of October 2014, we had Backdoor deployed over the intranet of IIT Roorkee.

Backdoor is accessible at backdoor.sdslabs.co. Challenge designers can be found hanging around at chat.sdslabs.co 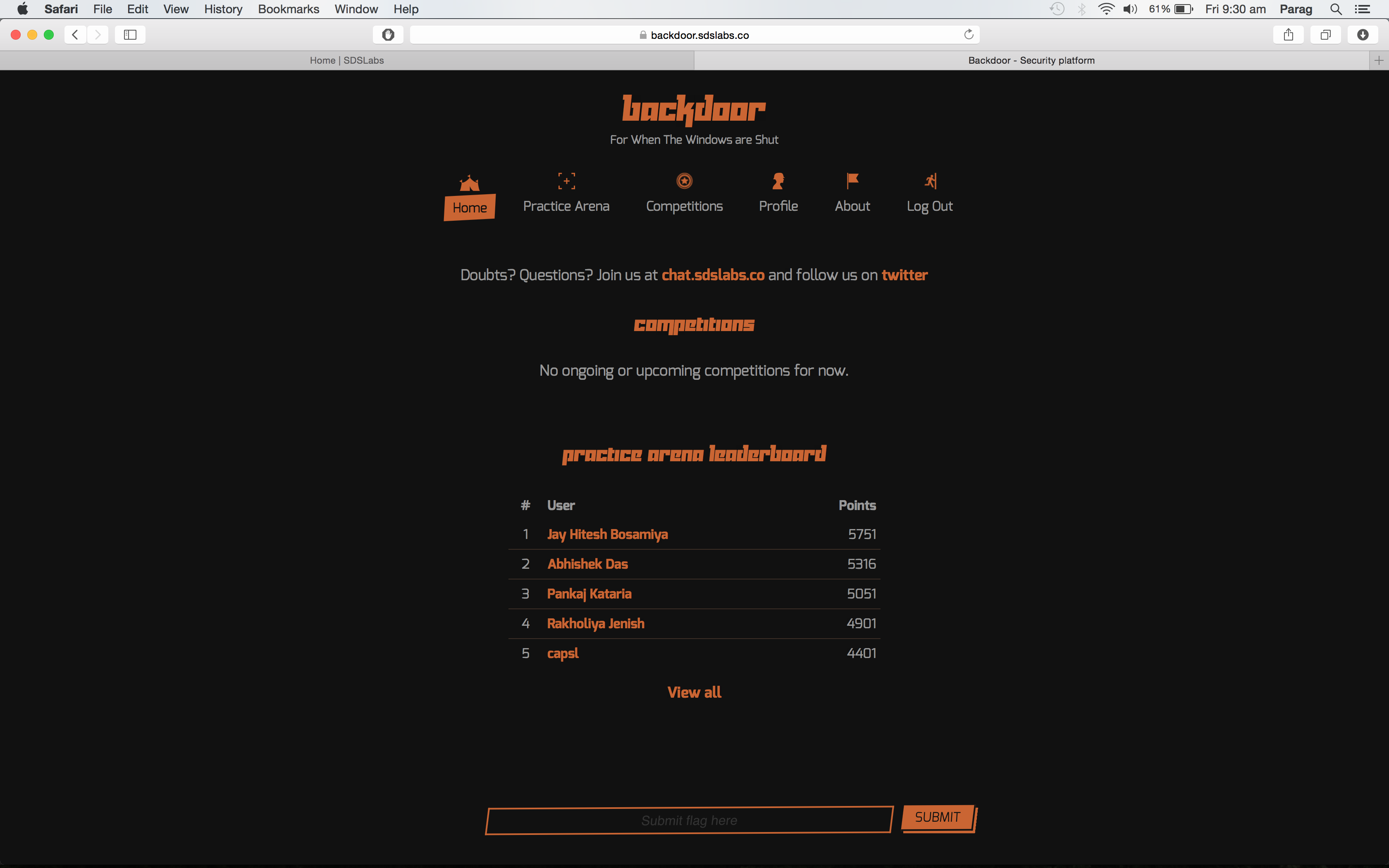 In order to make sure we have a stable and robust platform ahead of time, we organized scytheCTF. For this we invited participants from both IIT Roorkee and outside. It started at 4 pm on 26th February and lasted for 8 hours. scytheCTF saw a decent participation, enough for us to nail down bugs and issues. We have already fixed any major reported bug. With this we make way for our flagship capture the flag event ie. BackdoorCTF ‘15.