I want you to go out and observe a random group of bees dancing in total chaos. Now, I want you to look at a beehive, appreciate its structure and understand the perfection which went into building it. The process which guides such a random crew into making things which personify perfection is what truly describes the purpose of a hackathon.

Participating in SDS Hackathon was a very nice experience for us and winning the competition makes it even better. Besides this, the process that goes into taking a brainstormed idea to a working project was an experience that taught as a lot. I was a member of the team named HackOverflow and we optimised the OCR process to make it compatible with mobile processors and to make it capable to recognise text from live camera stream. So, here is a glimpse of the entire process from brainstorming to the final presentation.

Though this part marks the beginning of any hackathon but this is also one of the toughest part. The problem being originality and the X-factor.

Our team had a few members who were fluent enough in Android Development, so the choice of the platform was easy. We began by exploring various android apps particularly those developed by Google. One of the members was obsessed by Google Keep and so to tease her we started to find flaws in the app. After fighting over some random shit, we realised a genuine feature which was missing in the app - the ability to read text from the camera (OCR).

Well, exploring this feature was then inevitable. We found some libraries which could read text from static images. So just adding the ability to read text from a static image was child’s play (credits to the awesome Google Vision Library). So we decided to extend this feature to incorporate live camera stream and add this to a note taking app like Keep.

The main motive of the hackathon was to make freshies aware of the various domains of the technology and to make them comfortable with the process of software development.

Each of our team member was on a seperate ground as far as Android Development was concerned. So making them work together (Being careful of the fact that the first yearites do not lose their interest owing to the intimidating nature of the project) at the same level was a near Herculean task.

We began by dividing the tasks by carefully analysing the prior knowledge of a particular member and their capacity to learn new stuff in the given time frame and assigning respective tasks to them.

The constant help from the members of MDG and SDSLabs proved to be a great enthu booster. There were times when we felt that our idea was infeasible and that we would not be able to complete the project. But the perks of winning and the thought of achieving something which could be of great potential was sufficient enough to raise our morales and to put our asses to work. Finally, the best part was infinite food and drinks which were provided by the organisers.

Finishing and presenting the app

We worked continously for 36 hours skipping food and sacrificing sleep. But all the hardwork paid off when we first took out our app for testing and it read the word Nescafe perfectly from the top of a Latte Pack. We were so happy after achieving what we aimed for.

So here is a glimpse of what our app actually does. It can read text from live camera stream !! Be it a video or a static image or a random poster you saw while driving, it can read them all. 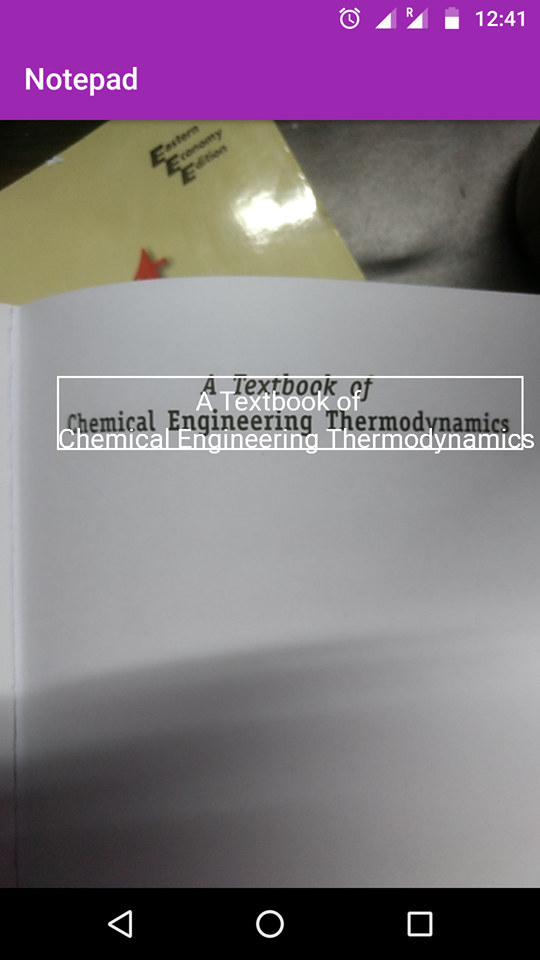 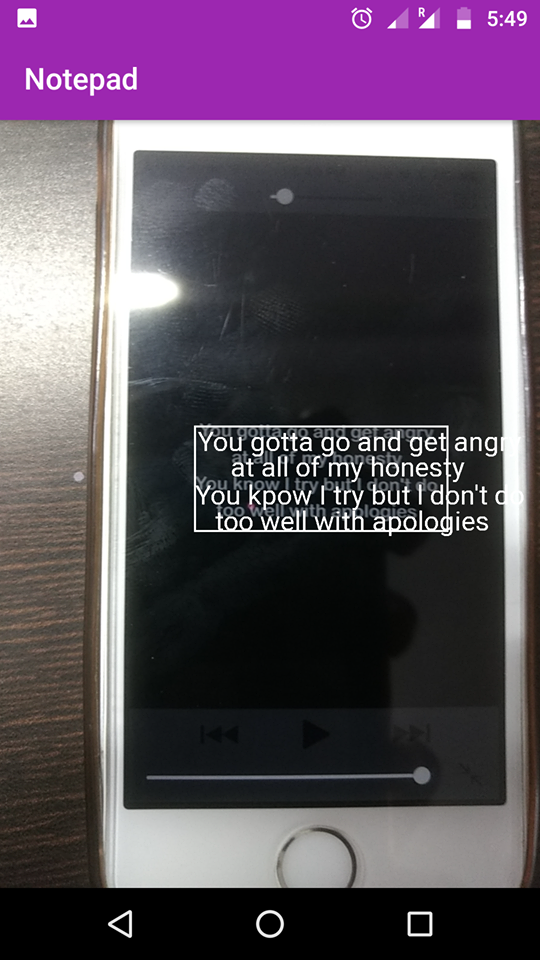 Then came the presentations. We had to present our application, first to the members of SDS and then to the Professors who were the final judges of the competition. The presentation part too was quite interesting as we were introduced to a plethora of new ideas from fellow contestants. The entire audience took interest in the presentations and there were a large number of enlightening questions, both from the jury as well as the audience.

Overall it was a fun and enlightening experience to mentor a bunch of freshies to learn and create new stuff and syncing them with the experienced developers to create technologies of the future.