Before starting life in IIT Roorkee, I was an ultra noob in computer programming. I remember writing some BASIC programs in standard 8, but it’s a fleeting memory. Plus, I’d taken physical education as my optional subject for boards because its supposedly easier to score in. The result was that I could knock off names of different yoga asanas and tell you what not to eat before expected cardiovascular exertion, but had very little idea of how the internet works. However, starting off with an empty head did prevent me from having any preconceived notions(good or bad) about programming.

I’d heard about SDSLabs while looking up pros and cons of IIT Roorkee after JEE results, and it sounded like a fascinating group to get into. During first semester, I learnt some basic c programming, and then extended to c++. I learnt OOP in java in one of our courses. During winter break, I dabbled a bit in android development while coding an application for Droid Wars 2016.

After the recruitment test in January 2017, I got called up for an interview at around 12.30 am, which lasted for 2-3 hours. I was elated on getting a call at around 4.30 am that confirmed my selection. From the first day itself, the lab seniors made us feel very comfortable. There isn’t any visible hierarchy in SDSLabs, the group functions with a collective aspiration of its members to create and innovate. I personally felt a sense of responsibility to somehow contribute in carrying forward the group’s legacy after listening to narrations of the various exploits of our alumni in their campus days. I’m sure everyone else feels the same way, and that is essential for SDSLabs.

In the initial days, we had lectures on topics like web development, bash commands, version control and networking. Staying in lab for long hours became routine, and I loved every moment of it. Cycling back to RJB at 4am is a chilling experience, but well, it was worth it. I remember a lecture on MVC starting at 10pm and ending at around 7am the following day! People at SDSLabs are always receptive to answering your doubts, even the seemingly foolish ones. We have members with interests in various fields like data science, competitive programming, os development and infosec, so there is always someone to guide you in your field of choice. Seniors at SDSLabs are always open to holding discussions/lectures on different topics and seeing their level of expertise in different fields is a truly humbling experience.

After the first few weeks, minor projects are assigned under a mentor. The nature of work at SDSLabs involves bug fixing/feature addition on existing applications as well as developing a new application or a version of an existing one. Code bases are large and similar to what one might experience in industry. The code size can be overwhelming initially, but my time in lab taught me that reading large volumes of code, not exactly reading but glancing long enough to get the gist of it, is an art in itself.

One of my biggest takeaways from time spent in lab is that I could acknowledge the pain people have gone through over the years to make life easier for future developers. How simple fluctuations between two voltage levels, or in binary terms 0 and 1, were somehow exploited to create complex systems that play such fundamental roles in our lives, is truly mind-boggling. Computer science as a field earned my respect, and for that I shall remain grateful.

We had an amazing annual trip to Rishikesh; playing mafia, sharing anecdotes and life experiences next to soft embers of a fireplace along the banks of the Ganga, under a starry sky. There are regular chapos, often to celebrate someone winning a hackathon or getting a cool internship. We have countless running jokes, some of them a bit stale, but they get recycled after prolonged use! Life at SDSLabs is fun, and it is far from monotonous.

A member’s association with SDSLabs doesn’t end after graduating. We maintain strong contact with our esteemed alumni through our Slack organization and constantly look up to them for advice and guidance. In fact, a plusplus(its an internal appreciation thing) from an alumnus is greatly valued, and nearly every post from an alumnus on Slack is showered with love reacts! 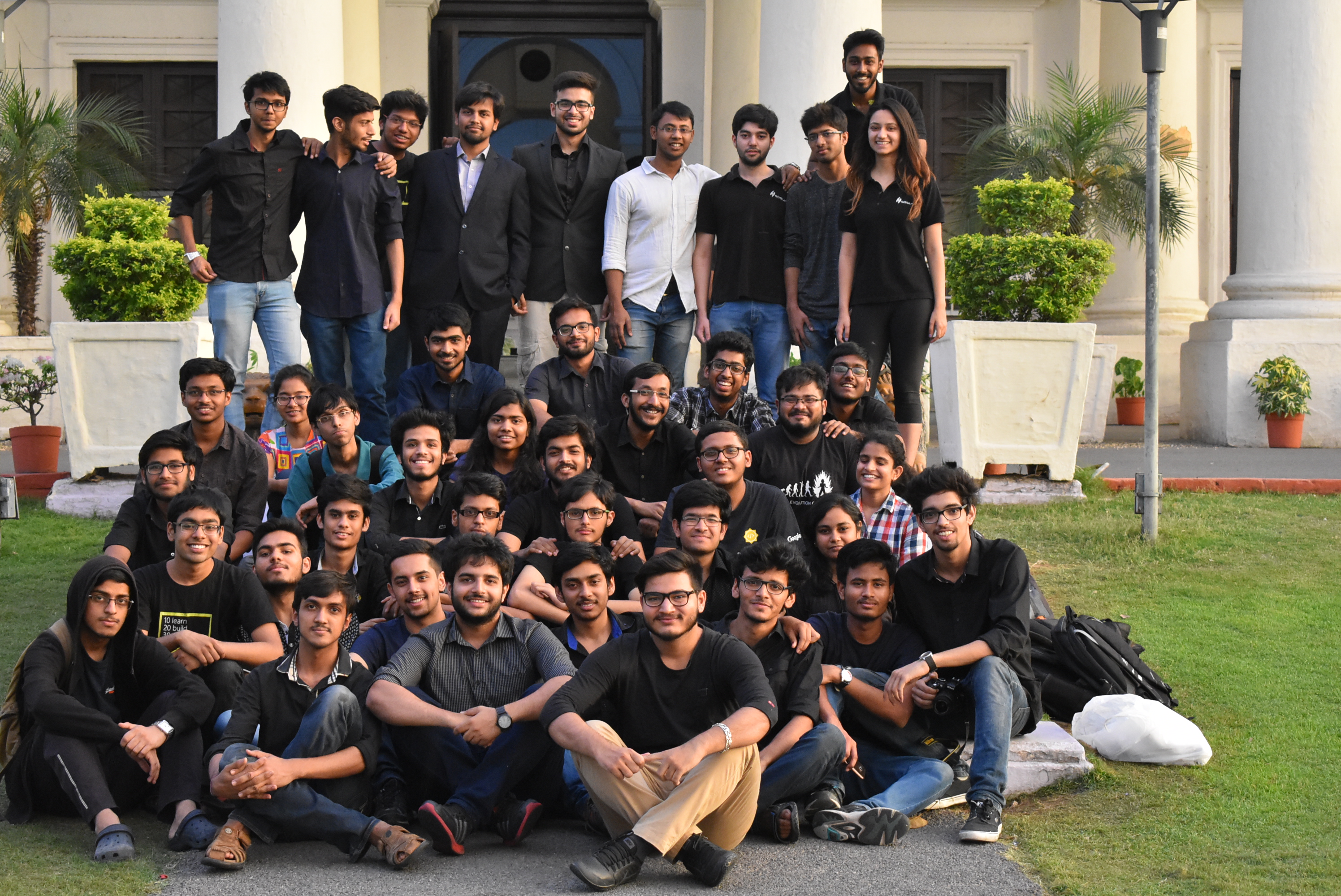 SDSLabs holds recruitments annually for first year students in January. Do try to give it your best shot. It’s great if you make it; but even if you don’t, feel free to contact us, for as rightly said by the greatest wizard of our time, “Help shall always be provided at SDSLabs to those who ask for it.”