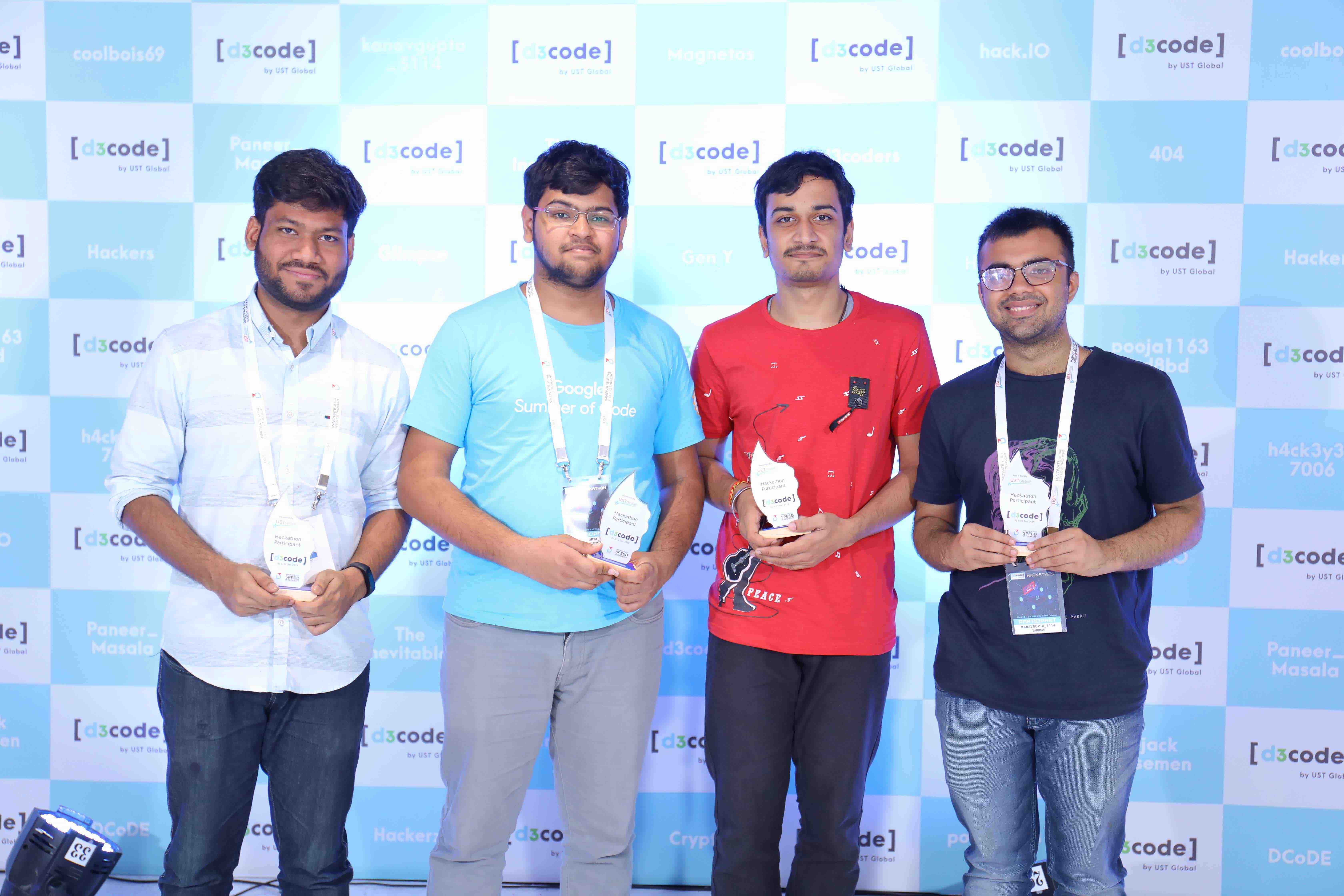 Recently, UST Global announced the first edition of their d3code hackathon. It took place in 5 stages. The early three stages were online rounds, where basic programming questions were asked. The fourth stage was an interview, after which the top 20 teams got a chance to visit Kerala for the final round in UST Global’s headquarters.

We reached Thiruvananthapuram a day before the hackathon, and headed to their office the next day. The campus is phenomenal. Check out the following video for a glimpse of the headquarters - https://www.youtube.com/watch?v=Mk1NY9m6Hlw.

The hackathon was 24 hours long. It started at 9:30 in the morning. The first couple of hours were spent in deciding upon the problem statement. There were mentors available for helping us out in understanding the problems, and guiding us along the way in completing our project.

The three problem statements were from different domains. The first one was related to data, the second was a social media application, and the third was a live delivery app. We chose the first one, considering the skills it required were in resonance with ours.

We were essentially required to create a tool that parses data in CSV format and dump it into a relational database. There were other sub-parts of the problem, where we had to assign data types automatically, validate data for errors, and extract personal information from it. We also implemented a system where multiple CSV files could be uploaded together in topological order.

For the final presentation, we were given just 6 minutes. With limited time, we only focused on demoing our application rather than showing the PPT. We managed to finish the demo with 6 seconds to spare . A few hours later, the results were announced, and to our surprise, we won first prize.

Overall it was a great hackathon (mostly because of the prizes we won 😛). And the moment results were announced is something I’ll never forget.